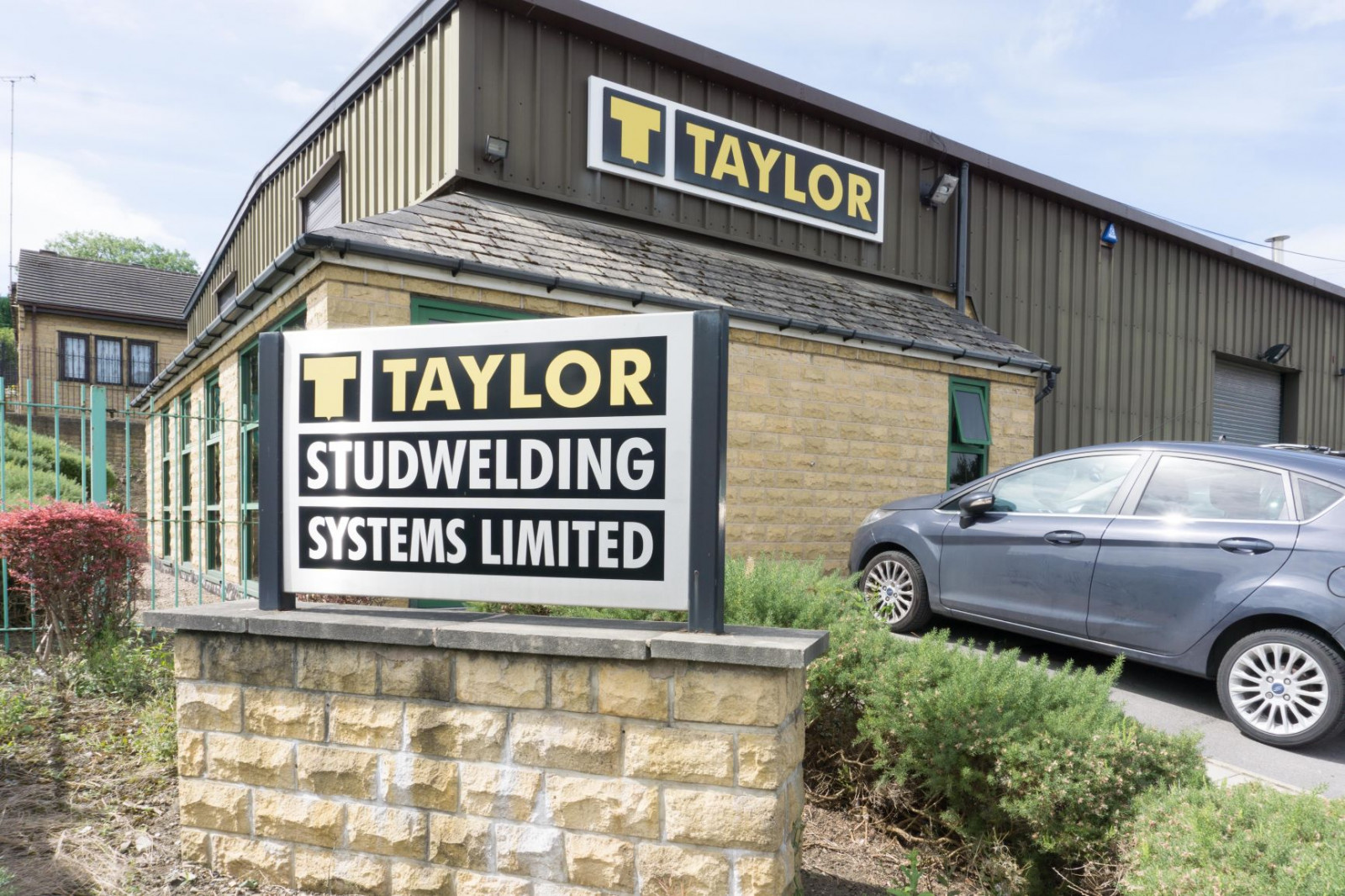 Taylor Studwelding was first established back in 1985 by David Taylor and his wife, Joan Taylor, working from a unit at County workshops in Dewsbury. Here, they sold Capacitor Discharge and Drawn Arc Studs and accessories to the UK market, whilst also designing the first range of Capacitor Discharge and Drawn Arc Taylor equipment. It wasn’t long before Taylor Studwelding employed their first engineer, Paul Gillings, back in 1988, followed by David Peaker (1993) and then Bob Edge.

By the early 1990s, Taylor Studwelding worked out of two units at County Workshops and had expanded their team. The company was now designing and producing equipment, offering repair services, and running a hiring pool of over 100 machines. To accommodate the company’s growth, they moved to a bigger premise in 1994 – a factory complex was built on a plot of land that David had bought.

Taylor Studwelding Systems Ltd was selling to the European market and worldwide, so they brought on Stephanie Armstrong as an Export Sales Manager. Stephanie’s degree in International Business Studies with Spanish and French enabled us to set up a network of agents in both Spain and France, followed quickly by other European countries. We also made direct sales to end-users worldwide.

In 1999 and after much research, Stephanie went on a trade mission to China. There, she met Jimmy You, her translator during the trip who had previously worked within the welding industry and was able to translate technical language. Together, David, Steph and Jimmy set up a representative office in Shanghai which, at the time, was occupied by Jimmy alone.

Following several years of investing and taking many trips to China, we formed a Head Office and manufacturing plant in Shanghai and set up five other offices throughout China. In 2019, we celebrated our 20th Anniversary of entering the Chinese market, where many of our 60 employees are located.

The Taylor family now has three generations working in the company with Heather Taylor (daughter) who joined the company in 1996, and now takes care of the company accounts. Andrew Gillings (grandson) started working within the business in 2009 and currently leads the UK sales and is well-known for his technical knowledge of stud welding.

Taylor Studwelding is a leading company in the stud welding industry, providing a range of stud welding services, including welding equipment hire. Get in touch for more information or browse our website to see what we offer.